Permanent immigration is the main objective of the majority individuals entering or making arrangements to enter the United States. A â€śGreen Cardâ€ť is an identification card that demonstrates the official permanent resident status of an immigrant (Lawful Permanent Residency) in the United States. Green card also refers to an immigration process of becoming a permanent resident.

The green card serves as proof that its holder, a Lawful Permanent Resident (LPR), has been officially granted immigration benefits, which include permission to reside and take employment in the USA. The holder must maintain permanent resident status, and can be removed from the US if certain conditions of this status are not met.

At the same time as the individualâ€™s green card application is pending, he or she can obtain two important permits while the case is pending. The first is a temporary work permit known as the Employment Authorization Document (EAD), which allows the alien to take employment in the United States. The second is a temporary travel document, advance parole, which allows the alien to re-enter the United States.

Both permits award benefits that are independent of any existing status granted to the alien. For example, the alien might already have permission to work in the United States under an H1-B visa.

U.S. immigration legislation in the Immigration and Nationality Act (INA) stipulates that an alien may obtain permanent resident status only through the course of the following proceedings:

Lawful permanent residency gives individuals a multitude of benefits, including the ability to live as a free person in this country and to live and work permanently in the U.S. Although, Lawful Permanent Residents generally do not have the right to vote, the right to be elected in federal and state elections, the ability to bring family members to the United States (however permanent residents are allowed to sponsor certain family members), or eligibility for certain federal government jobs. 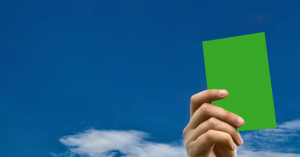 A Lawful Permanent Resident can apply for United States citizenship, or naturalization, after five years of residency. This period is shortened to three years if married to a U.S. citizen, or four years if permanent residency was received through political asylum. Lawful Permanent Residents may submit their applications for naturalization as much as 90 days before meeting the residency requirement.

Citizens are entitled to more rights (and obligations) than permanent residents (who are still classified as aliens in this respect).Â This is just a small portion of information and the extent of complexity of green card issuance. Green Card processing can be extremely difficult and confusing.