Charles Matlock, an executive with Pacific States Cast Iron Pipe Company, was sentenced in federal court today to 12 months and one day in prison and a $20,000 fine for violating the federal Clean Air Act, the Justice Department and Environmental Protection Agency announced. Pacific States, a division of McWane Inc. located in Springville, Utah, manufactures cast iron pipe for the water and sewer industry.

“Protecting local communities from harmful air pollution depends upon honest reporting by regulated companies, and when senior corporate executives cheat on required tests, public health and the environment suffer,” said David M. Uhlmann, Chief of the Justice Department’s Environmental Crimes Section. “Today’s jail sentence of the former top official of McWane in Utah is further proof of the McWane legacy: a repeat offender that committed years of environmental and worker safety violations at facilities across the country.” 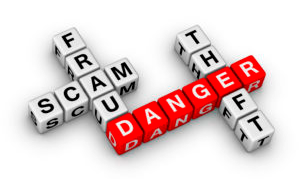 “Protecting the quality of life we enjoy in Utah is very important to residents of our state. Those individuals or companies who cause damage to the air quality of our state, putting residents at risk, can expect to be aggressively investigated and prosecuted,” said Acting U.S. Attorney for Utah Stephen J. Sorenson.

“Today’s sentencing of the former vice president and general manager of Pacific States Pipe Company underscores McWane’s lamentable record of serious environmental misconduct nationwide,” said Granta Y. Nakayama, EPA’s Assistant Administrator for Enforcement and Compliance. “The message should be clear that prosecutions will go as high up the corporate hierarchy as the evidence permits and we will hold senior managers of corporations accountable, as well as the corporation itself. All company employees should definitely think twice about knowingly breaking the law because they should clearly understand that they will face incarceration and fines for harming the environment and putting the public at risk.”

In November 2005, McWane, Matlock and another McWane employee were indicted for conspiracy to violate the Clean Air Act by rendering inaccurate a September 2000 stack test; for making false statements in documents required under the Act; and for defrauding the United States. Matlock also was indicted for a separate violation of the Clean Air Act for rendering inaccurate the September 2000 stack test.

In 2001, 2002 and 2003, McWane submitted “Emission Inventory” documents that were based on the inaccurate September 2000 stack test. The Emission Inventory documents in turn falsely stated to the State of Utah that Pacific State’s emissions were at a level that McWane employees knew was not accurate.

How to Protect Your Settlement from Your Health Care Insurance Provider

How does this issue affect me?

Many people reading the title of this article will wonder, “Why on earth would I have to worry about that?” Unfortunately, because of the deep discounts HMOs have all but forced on hospitals and clinics, and their reluctance to pay many claims, medical care providers are scraping for every penny. Some hospitals are laying claim to part of their patients’ liability settlements to collect what patients owe them. However, some are reaching further than that.

How do health care providers overreach?

The basics of medical insurance payments are really quite simple. A health insurance company will contract with a hospital to pay a certain percentage or certain fixed amount for each type of charge. For example, a hospital’s normal charge for a chest x-ray may be $150. The insurer may contract to cap the total payment due for a chest x-ray at $100. In turn, the insurer’s contract with its customers may require the insurer to pay 70 percent of the cost of x-rays. Therefore, if a patient receives a chest x-ray, the insurer will pay $70 (70 percent of the $100 agreed cost), and the patient will have to pick up the remaining $30. Who is on the hook for the additional $50 of the hospital’s regular charge? Nobody. The hospital’s contract with the insurer effectively resets the price of the x-ray for the insurer and its policyholders. 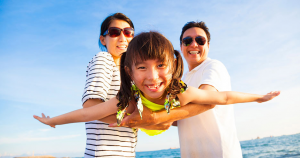 When a patient is in an accident, he or she may require extensive medical services. The amount that is left over after an insurer pays its portion can be very high. The patient legitimately owes this money, and the hospital legitimately can collect it from the proceeds of the accident settlement. However, sometimes hospitals will try to get a second slice of the pie by billing the patient for not only the portion he owes after the insurer has paid its part, but also the difference between the charge contracted with the insurer and its regular charge. In our chest x-ray example, that means that the hospital would try to claim $30 plus the discounted $50 from the patient’s injury settlement. This can add up quickly! This practice, known as balance billing, is illegal in some states. However, some hospitals are apparently ignoring the law where auto insurance liability settlements are involved.

How does a hospital make a claim on a settlement?

Jane Driver was admitted to a hospital after receiving some substantial injuries. She has health insurance through an HMO, and gives that information to the hospital and tells the hospital that she was injured by a defective product. Hospitals, without a patient’s permission, may file a lien on an accident insurance settlement within a certain period (often between ten and thirty days) after they have provided care. The hospital files a lien against any settlement Jane receives.

What are the courts saying about balance billing?

More patients are suing hospitals; some individually and some in class actions. Key cases in Texas and Wisconsin have resulted in strong language from the courts and big judgments against the offending hospitals. According the Texas court in Satsky vs. United States, the judge held that the hospital, which had been paid in full by the patient’s health insurance company, was prohibited from recovering any further funds. A lien could only attach if there was a debt secured by the lien, and because the bill had been paid in full per the health insurer’s contract with the hospital, there was no debt remaining for the hospital to collect. The Wisconsin judge in Dorr vs. Sacred Heart Hospital didn’t mince words, stating that the hospital had filed its lien “purely as a ploy to try to get as much money as possible,” and that it had intentionally disregarded the patient’s rights in doing so.

Can my health insurance company take part of my settlement?