BANK OF AMERICA – GREETINGS FROM THE VALLEY OF THE SUN! 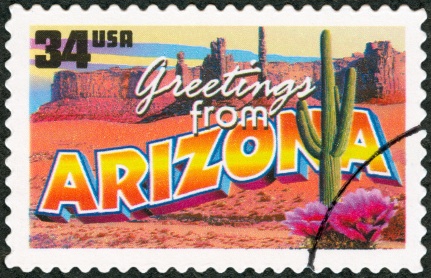 The Arizona Attorney general’s office entered into a settlement agreement with Bank of America which required Bank of America to help struggling homeowners get answers to loan modification requests and help modify “qualifying mortgages” for “eligible borrowers” and help provide relocation assistance to some homes that have been foreclosed. Of course, the settlement agreement was signed, but now the Attorney General is claiming BofA breached the agreement. Should anyone be surprised?

Specifically, the Attorney General is claiming a breach of the settlement agreement in the following respects:

(1) Foreclosing on eligible Arizona borrowers who have qualifying mortgages

(4) Failure to use best efforts to secure investor approval

(5) Failing to respond to consumer complaint.

The Attorney General also calls them out for a violation of the Arizona Consumer Legal Remedies Act (A.R.S. 44-1522(A)). This section reads:

A. The act, use or employment by any person of any deception, deceptive act or practice, fraud, false pretense, false promise, misrepresentation, or concealment, suppression or omission of any material fact with intent that others rely upon such concealment, suppression or omission, in connection with the sale or advertisement of any merchandise whether or not any person has in fact been misled, deceived or damaged thereby, is declared to be an unlawful practice.

B. The violation of chapter 9, article 16 or chapter 19, article 1 of this title is declared to be an unlawful practice and subject to enforcement under this article.

C. It is the intent of the legislature, in construing subsection A, that the courts may use as a guide interpretations given by the federal trade commission and the federal courts to 15 United States Code sections 45, 52 and 55(a)(1).